The eight important and sacred Celtic holidays of the year

Ireland once had a fascinating and very different calendar than one most of us follow today. There’s a whole world to explore in the eight important and sacred Celtic holidays of the year.

Did you know that Ireland once had its own calendar, complete with sacred festivals that reflected the changing of the seasons? In ancient times, Ireland’s culture was a wholly agricultural one, and the success of the crop yields could make the difference between life and death.

It made sense then that their year consisted of various, unique festivals made to honour and celebrate deities, the sun and the elements that led to a successful harvest. Miraculously, many of these festivals have managed to survive in some form on the emerald isle.

Every year on the shortest day of the year, the passage in the Neolithic passage tomb ‘Newgrange’ will light up with the rays of the sun as it rises. While the creators of this ancient site and its purpose remain a mystery, it suggests that this time of the year was of huge significance to the ancient Irish people.

The exact time of the solstice differs from year-to-year but usually fall on or around the 20th-23nd of December. After this, the long, cold nights will grow shorter, as the sun begins to strengthen.

St. Brigid’s day was traditionally a day of dedication to the pagan goddess of spring, Brigid. This day was a symbol of hope, marking the end of winter and signalling the return of life.

The well-known ‘Brigid’s cross’ predates Christianity in Ireland by thousands of years, when ancient Irish people would create an effigy of the goddess Brigid from rushes. This would then be hung above doors with the belief that it would protect homes from evil.

Also known as the Vernal equinox, the spring equinox is a time of balance and equilibrium. While it usually takes place around the 20th – 23rd of March, the exact time of this annual event differs from year to year.

While the Newgrange passage tomb is perhaps the most well-known to tourists, it wasn’t the only solar-aligned site built by the ancient people of Ireland.

The Loughcrew site, is built to align with the sun on the Spring Equinox, suggesting that this too was a sacred time to the people of ancient Ireland. After this day, the hours of day would increase and the awakening in nature would quicken.

Bealtaine (May 1) – a time of joy and liveliness

The half way point between the Spring Equinox and the Summer Solstice was one of the most important and sacred Celtic holidays of the year. It is said to have honoured the pagan god Bel, and marked the beginning of the summer.

Traditionally, Bealtaine was a time of joy and liveliness. Bonfires were lit upon hills, marriages took place and great feasts were held outside, making the most of the warmer weather. Even today, towns and villages throughout Ireland will hold May fairs on this date.

Summer Solstice (Around 20th-23rd June) – a time for celebration

While not much is known about how the summer solstice was celebrated in ancient Ireland, it’s safe to assume it would also have been honoured like its counterparts and thus is one of the most important and sacred Celtic holidays of the year.

A joyful occasion, the hours of day are now at their peak, and the earth is full with signs of life. A time for celebration in any era, of course.

The ancient festival of Lughnasadh marked the beginning of the harvest and was a day to hour the Celtic God, Lugh.

This was a day of abundance and gratitude for all that has been cultivated in the year before. Communities would come together and dance around large bonfires upon hills, and feast on the wheat and barley that had been harvested.

Autumn Equinox (Around 20th-23rd September) – a time for thankfulness

Similar to its vernal counterpart, the passage tomb at Loughcrew is lit on the days surrounding the Autumn Equinox, around the 20th – 23rd of September.

As the second harvest festival, this also would have been a time of thankfulness for what the land had yielded, while also a time to reflect on balance.

Did you know Ireland is the birthplace of Halloween? While it’s still a huge celebration here, it once held a greater meaning in Celtic Ireland.

Like Bealtaine, this day marked the time when the veil between the worlds grew thinnest, and loved ones who had passed to the other, could once again return home to their families.

But it wasn’t just loved ones that could pass through the veil at this time. Ancient Irish people wore costumes to hide from the malevolent forces they feared they might meet on roads at night, a custom that still survives. Samhain remains one of the eight important and sacred Celtic holidays of the year that has been most able to survive the test of time. 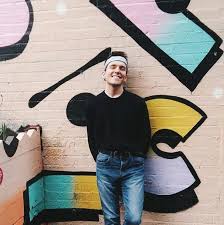